Since I could not find the project provided release notes at any of the vendor sites, I’ve taken the liberty of reproducing them below.

JMC 8.0 – Major New Release!
This is a major new release of Java Mission Control. All binary build of the JMC application using the Eclipse 2020-09 platform will now require JDK 11+ to run, but can be used with OpenJDK 8u272+ and Oracle JDK 7u40+. It can also open and visualize flight recordings from JDK 7 and 8.

JOverflow in the Base Distribution
JOverflow is now part of the base distribution of Mission Control, and has been converted to SWT. It also has a brand new TreeMap visualization of the heap occupied by type. To open the new view, go to Window | Show view | Other… and start typing JOverflow, and select JOverflow TreeMap. 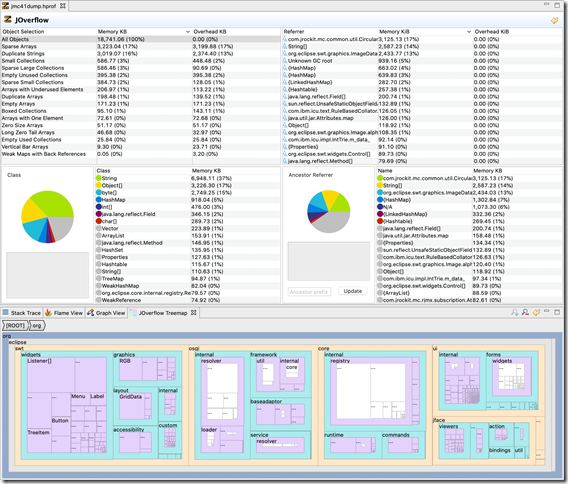 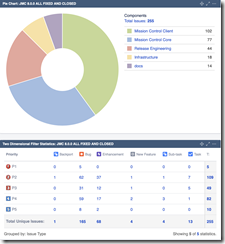 New Graph View
An early access version of a Graph View is now available. The Graph View will show a directed graph where the individual methods are nodes in the graphs, and the edges will represent calls from one method to another. The size of the node will represent the “self” contribution, and the thickness of an edge will correlate with the number of calls from one method to another in the events. To open up the graph view, go to Window | Show view | Other…, then select Mission Control / Graph View. Once the Graph View has opened, it can be docked where you want it to be, or dragged out into a new top level window which can be handled by your window manager. Currently there is no graph pruning, and large graph will take a very long time to layout and render, during which the UI will freeze. Therefore we’ve imposed a user configurable limit on the number of nodes a graph can have for now.

Predecessors and Successors
The predecessors and successors tabs have been brought back to the Method Profiling page. This means that it is now easy to select a method and easily see wherever that method was called from, and to see what was then called from that method. This is a temporary solution until we have a separate Butterfly/Sandwich view where any selection of a method in a set of events can be rendered in a separately configured view. 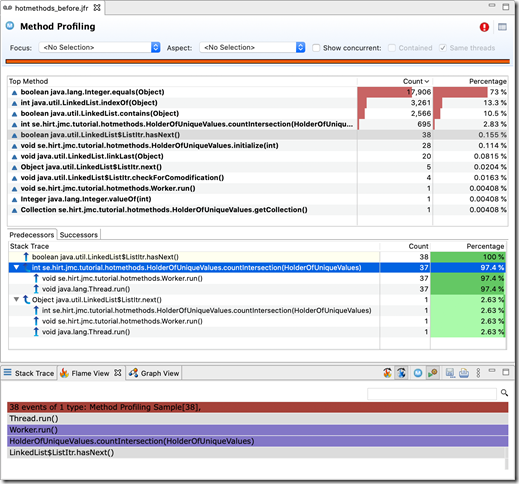 Agent 1.0.0
This is the first version where we build and release the JMC agent. The JMC agent is a byte code instrumentation agent, providing an easy way to declaratively generate JFR events from most methods, even methods for which the source code is not available. Either configure the agent with an XML configuration file, or use the MBean to dynamically change the instrumentation whilst the application is running.

Converter Functions
Now any public static method can be used to convert objects of a specific type to one of the types supported by flight recorder. The converter to use must be explicitly declared per recorded data. 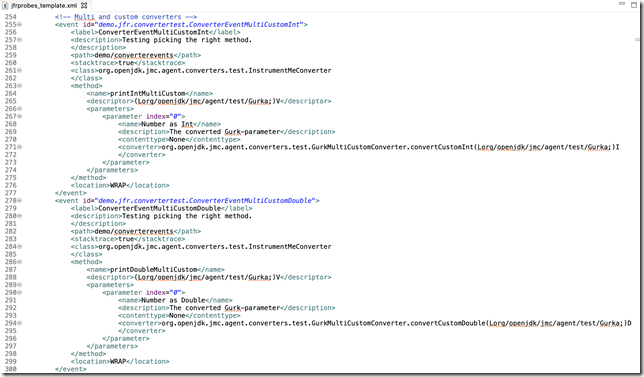 On Mac, the tooltips shown for the stacktraces could overflow. This is now fixed.

Sometimes the rules evaluation may never complete for the GC rules.

Avoid installing the experimental JMC launcher plug-in into Eclipse until this problem has been resolved.

Area: JFR
Issue: 7003
Synopsis: The graph view does not work on Windows

This is due to a bug in the chromium browser plug-in used by JMC on Windows. See the issue for more information.