So, first of all I want to apologize for the radio silence on this blog. There are two major reasons for this radio silence:

So, I thought I’d just do a recap of my Robo4J blogs, in the order I published them (which is probably the order someone new to Robo4J may want to read them).

So, this is quite old news. Well, 8 weeks to be precise. Not to mention that it really has nothing to do with Java or programming. That said, I felt I should put something here on the blog. The 12th of December Malin (my wife) gave birth to two healthy babies: Sebastian and Julia. 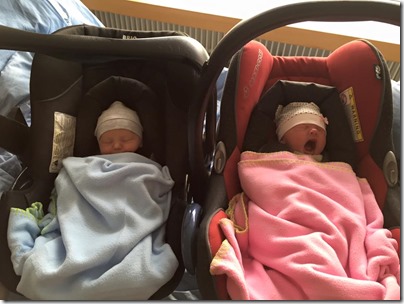 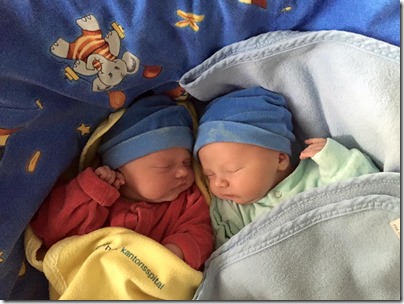 The past few weeks have been difficult but rewarding. Very few things beat having two infants snoozing on your chest. That said, last week was hell, with the entire family sick. Now everyone is more or less well, but Julia is still fighting her cold. Since human infants are obligate nasal breathers, she gets  terrified once in a while when she can’t breathe through her nose.

Both Malin and I are a bit sleep deprived at this point. Can’t wait for them to sleep for larger continuous periods of time. Just a few months to go *fingers crossed*… Zzzzzzz…

I’ve finally relocated, and things are slowly returning to normal. Moving to a new country is not for the faint of heart. I won’t spend much time describing the actual 7 circles of hell we’ve been through, but I will note this:

Luckily, the Swiss, apart from being slightly overzealous in their love for documentation and papers, have been a wonder of efficiency and helpfulness. Even the customs and tax office have been super efficient and helpful. I actually like talking to government representatives here. They are exceptionally service minded and efficient!

Here is a picture I took just a few hundred yards from where I live: 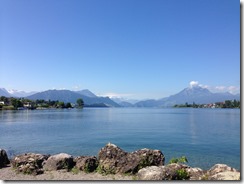 Switzerland is great so far, but horribly expensive. Also, the flag is a big plus. Literally.

UTS Pearson Home Moving was great at transporting the stuff, but horrible at dealing with problems and not very service minded.

Sorry for the radio silence lately. I’ve been spending a lot of time preparing for my family’s relocation to Switzerland. Since I will be bringing my computers, and since traveling from Sweden to Switzerland is far from instantaneous, this means that hirt.se will be down for a couple of days. Minimum. Murphy’s law says it could be weeks.

The server is unplugged the 21st of June. With lots of luck it will be up again by the 23rd. Sorry about the upcoming interruption.

Have a great summer and happy coding! 🙂

Yay! I finally got a fiber installed. This is really good news, since it means that my uplink is gazillion times faster than it was before, which in turn means it is possible to read my somewhat graphics intense blog without throwing a rage fit. Yay again!

Here is a picture of the speeds I measured yesterday: 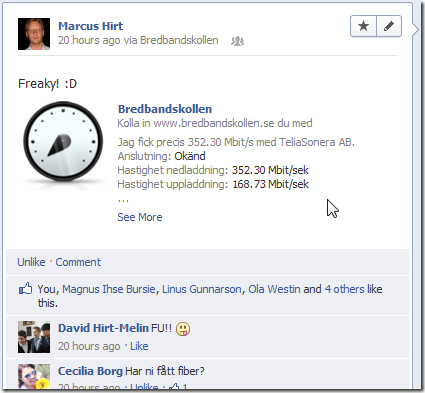 Notice how you can actually look at this blog without patiently waiting for a few minutes!

(This one is in Swedish. Did the mistake of hiring people to do work on my house at servicefinder.se. Doh! This is an open letter to the people who did the work.)

Okay, so the reason I’ve been quiet the last few weeks is due to the release of Hirt 3.0, also known as Simon Daniel Hirt. I’m including a screen shot for reference: 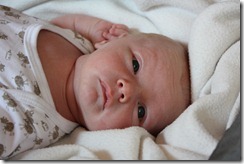 Since having a baby and a toddler at the same time has proven more difficult than anticipated, as anticipated, I’ll be on parental leave until mid September.

Note: A not-so-closely guarded secret is that I am working Mondays. If you need to reach me for work related stuff, just e-mail me at Oracle.

Some months ago I thought I’d hit a low in my life when my then 7 week old daughter had to undergo surgery for intestinal invagination. Well, this midsummer’s eve was even worse. Natalie had been sick for almost two days. We had called the hospital, which told us that the flu was at large among small kids in Stockholm right now, and that we had nothing to worry about. The second day she actually seemed to be better. She got to keep some food. Well, two hours after eating she started vomiting again. She didn’t even get to keep water, so we went straight for the hospital. At the hospital they gave her antibiotics and put her on IV since she was dehydrated. Sure enough – X-rays showed that the intestines were obstructed and we went by ambulance (again) to Karolinska (the hospital where the surgeons for infants are located).

When we arrived at the hospital, she was fairly lucid but weak. They connected her to telemetry equipment monitoring her heart rate and oxygen levels and then we went for another round of X-rays. That’s when the scariest moment in my life so far happened. We were almost done with the X-rays when the Natalie’s oxygen saturation levels started to crash. The nurse standing next to Natalie got stressed out and yelled “Call the doctor. Call him now!”, while running for an oxygen bottle next to the entrance to the room. She started giving Natalie oxygen whilst rather incoherently discussing with one of the other nurses what emergency code to use on one of the handsets. During all this I was standing next to the X-ray machine, holding Natalie’s hand. My mind was racing to horrible conclusions and I was thinking “shit, ohpleaseohpleaseohplease, nononono, I really can’t loose her”. I glanced at Malin, and she looked just about as terrified as I felt. I watched the oxygen work it’s magic, and the saturation levels started to improve.

They put a probe through her nose down her stomach, through which they sent contrast fluid. Then they took X-ray images every now and then to find out where the obstruction was. The diagnosis was Ileus, and they decided surgery was necessary. Once they opened her up, they couldn’t believe how bad it was. She had, after all, been fairly lucid during all this. They had to cut away 90cm of her small intestine.

Now we’re at home again, and they expect her to make a full recovery, despite the heavy surgery. I’m just glad it is over, and I pray my lovely little daughter never have to go through something like this again. Ever.

Yes. I know. It’s been in print for some days already, but I haven’t found time to write about it until now. The book is a good guide for JVM’s in general, and for JRockit in particular. If you’ve ever wondered how the innards of the Java Virtual Machine works, or how to use the JRockit Mission Control to hunt down problems in your Java applications, this book is for you. 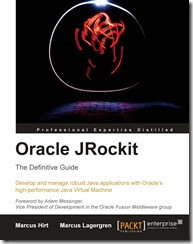 The book is written for intermediate to advanced Java Developers.

These are the chapters:

The book is 588 pages long.
For more information about the book, see the book page at Packt. 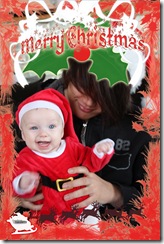 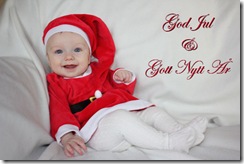 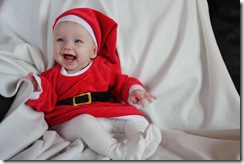